Fashion, or rather, the usual style in a given period.

While it’s difficult to determine when and where the idea of fashion began, it’s probably safe to say that  cavemen weren’t particularly fashion-conscious. However, the clothes you see in any painting or statue give a pretty good idea of the period and place of its origin. The emblematic style of ancient Egypt, the Roman toga, the attractive Indian sari, the bulky nineteenth crinoline, not to mention the famous Scottish kilt are fine examples of this.

The term “mode” comes from the Latin modus, which means “a way of doing”, and also the more modern “fashion” takes its cue from the Latin factus, which evolved in old French to fazon.

In the paintings of centuries ago, colors, fabrics, coats and pants illustrated the importance of male subjects, while dresses, hats, hairstyles and jewels enhanced feminine beauty.

Fashion has moved the world, increased demand and changed not only wardrobes, but lifestyles, often following hygienic, practical or even industrial needs, while each new idea is promptly launched into a profitable business scheme.

The fashion business began to be exploited in the late fifteenth century, when the luxury arts became important to such an extent that artist’s sketches were commissioned by French publishers to produce the first fashion-papers printed inside magazines for wealthy readers around the world.

However, historically wars and periods of economic difficulty have always undermined customs and brought about new trends. The last century is an excellent example.

During World War I women were forced to occupy roles hitherto reserved for men, and they quickly adapted their clothes to suit their new life, making them more practical with shorter skirts, which they did not abandon in peacetime.

After the war, the “Roaring” and the “Golden” Twenties favored by the great industrial expansion, saw the rise of jazz, the transition from Art Nouveau to Art Deco, and the first light of feminism with the English flappers, French garçonnes and Italian maschiette who first wore pants and bras designed to squash the breast rather than enhance it!

This evolution was a huge business. The new needs of busy working women led to the study of more practical objects especially for the kitchen, resulting in the beginning of modern industrial design.

An even more evident revolution occurred after the Second World War.

Despite Milan being heavily destroyed by bombing, fashion and design triggered an entrepreneurial spirit which not only breathed life back into the city, but presented Italian Style to the world.

Money arrived through the Marshall Plan (officially the European Recovery Program, ERP) in operation for four years from April 1948. To prevent the spread of communism, the United States helped Europe to remove trade barriers, modernize industry, drop several old regulations, encourage an increase in productivity and labor union membership, as well as the adoption of modern business procedures.

Once in Italy, American investors appreciated its architecture and craftsmanship, the innate elegance of women, and low production costs compared to those of other European nations.

Milan was ready and waiting.

The Brianza hinterland was industrialized, becoming the cradle of furnishing design made in Italy. Architects Ignazio Gardella, Carlo De Carli, Vico Magistretti and Gabriele Piles, not only studied furniture to be mass produced, but they re-designed everyday objects. They abandoned every form of baroque and studied what was essential, in a minimalist style, such as small cars, the Fiat 500, the Vespa.

And at the same time, the great fashion season also began.

The initial push came from Giovanni Battista Giorgini, descendant of a noble family from Lucca, who in 1951, at his home in Florence, organized the “First Italian High Fashion Show” for six major American buyers. They were Gertrude Ziminsky for B. Altman and Company in New York; John Nixon for Henry Morgan in Montreal; Ethel Francau, Jessica Daves and Julia Trissel for Bergdorf Goodman in New York; Stella Hanania for I. Magnin & Company in San Francisco. The fashion houses were backed by noblewomen such as princess Giovanna Caracciolo, baroness Clarette Gallotti, marquise Olga di Gresy, duchess Simonetta Visconti Colonna, surrounded by excellent designers like Emilio Schuberth, Sorelle Fontana, Jole Veneziani, Emilo Pucci. The resourcefulness of Giorgini, the quality of the products, the reputation of the buyers and the support of the Italian editor for Harper’s Bazaar, decreed a success. The following year, Giorgini started the wonderful season of two shows a year, in January and July, which became famous under the name of Pitti Moda.

In this turmoil, Milan could not be outdone! Fashion and design started the Italian economic boom of the ’60s, and crowned the city as a business capital. Any person looking to win had to move to Milan.

Among those was Mila Schön, who started her activity in 1958, in via San Pietro all’Orto, arranging her first fashion show in front of some friends, with handmade items in a minimalist style.

Mila Schön herself liked to say: “I notice the ugly, by eliminating it the beauty remains.” But her activity was not so simple, she came up with new ideas that became a trademark. She invented the double-face and said: “I create clothes the way I like them, without linings; the inside equal to the outside gives me a sense of order and cleanness.”

In ’66 she won the oscar of fashion, Neimann Marcus Award, for color. In 1985, the Venice Film Festival awarded her a special Golden Lion for fashion.

Mila Schön died aged 92, just a few weeks before the retrospective exhibition organized in her honor at the Royal Palace in Milan.

Her business continues now-a-days thanks to Francesco Fracchiolla, at the beginning a young skilled apprentice who worked in Puglia at various tailors. Later, working alongside Mila Schön in Milan, he learned from her and in 1968 opened the workshop Franco, in Via della Spiga 22, assisted by his wife and sister. For the next 20 years, Franco accumulated awards and ovations from critics. His ready tailored line “Franco All Over” expanded abroad, was published in Vogue, and took off at Palazzo Pitti. Among others he obtained the Trofeo Italia Operante  and the International La Madonnina Prize. 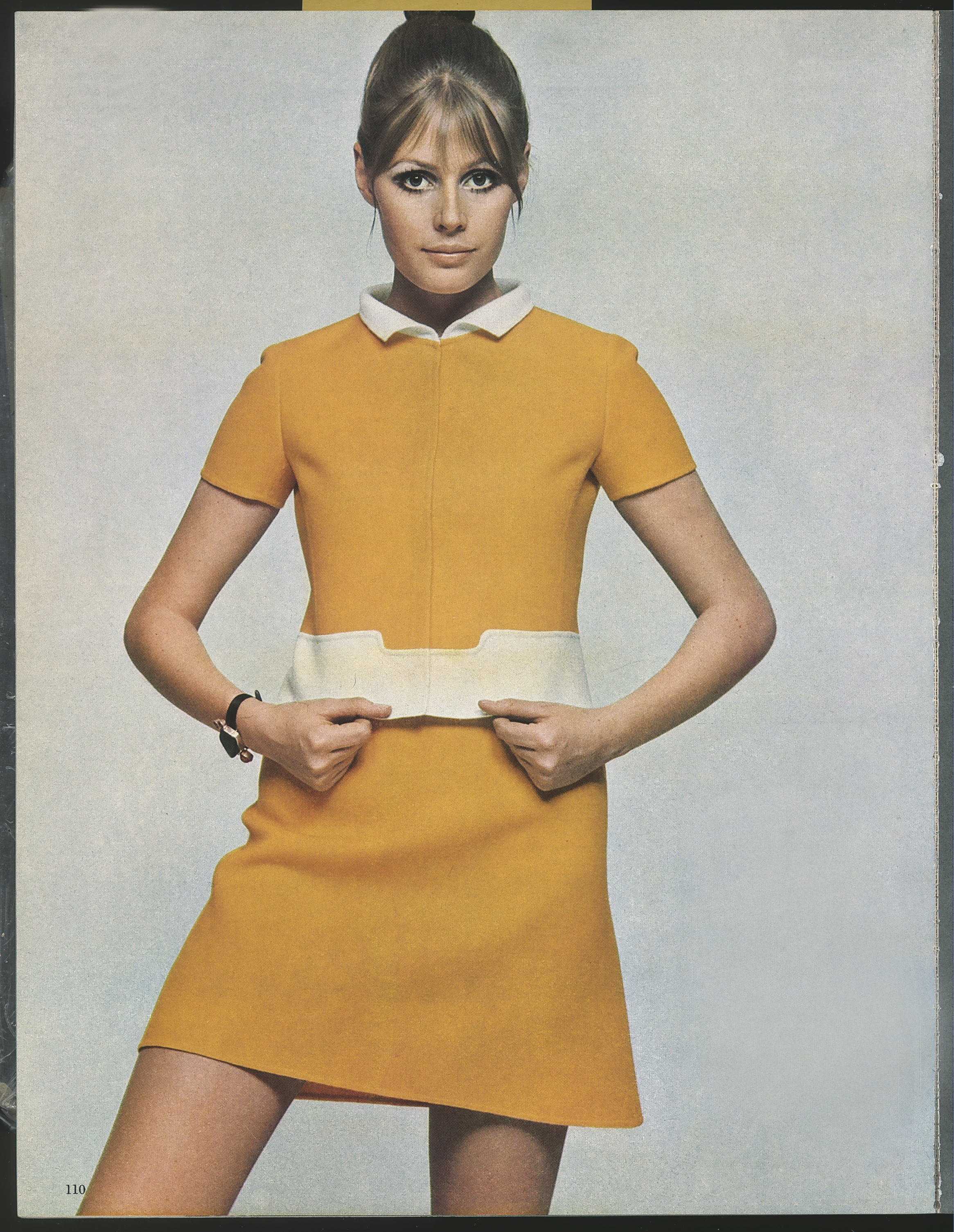 To celebrate his activity the Milan Fashion Museum has recently organized a conference and printed a book that tells his story.

Since 1990, the Franco atelier is located at Via Senato 2, there he still produces tailored suits and holds practical-technical courses on how to make high fashion clothes, to facilitate students who wish to work for established designers or to start their own business.