Milan was founded by the Celts, the extremely prolific, Northern people possibly coming from Scandinavia, who roamed through Europe in a continuous search for new lands to settle new families.

For both necessity and tradition they tended to establish themselves near lakes and rivers, being skilled in producing various craft to navigate though any watery route. When they arrived in a place (that nowadays we call Piazza Cordusio) where there was a thick forest with plenty of springs and streams, they thought it was perfect for a new settlement.

Since then – more or less in 300 B.C.- Milan grew like a inland Venice, and during the Roman period had a net of canals, inside and around its walls, even a port (in the actual Piazza Missori), from which fluvial river traffic was able to sail along the Po, reach the Adriatic sea, and from there arrive at all sorts of “international” harbors or berths.

Later on, around 1200 A.C. the monks diversified the rationale of this old trade route, and started manually digging the actual huge network of our canals creating a further system for well organized and intensive agricultural use.

Their technique was so good that to transport the marble to build the cathedral, the Milanese used the same digging system to open a new canal starting near the quarry on the Alps and arriving in a little harbor (in the actual Via Laghetto) close to Piazza Duomo.

The shipping system was so efficient that they started calling the impressive water network “Navigli” meaning Navigable Canals.

Another reference to Milan’s water was stated in 1288, by the writer and poet Bonvesin de la Riva in his book “De magnalibus urbis Mediolani” (The prominence of the city of Milan) where we read that people “can drink as much as they want from the springs without suffering any disease.”

On the other hand, Leonardo Da Vinci, from 1482 to 1496, had to solve the problem of the different water level which was stopping the boats in the outskirts of Milan’s dukedom, where the Duke wanted to establish an import tax office, and obviously let the goods come inside the city. 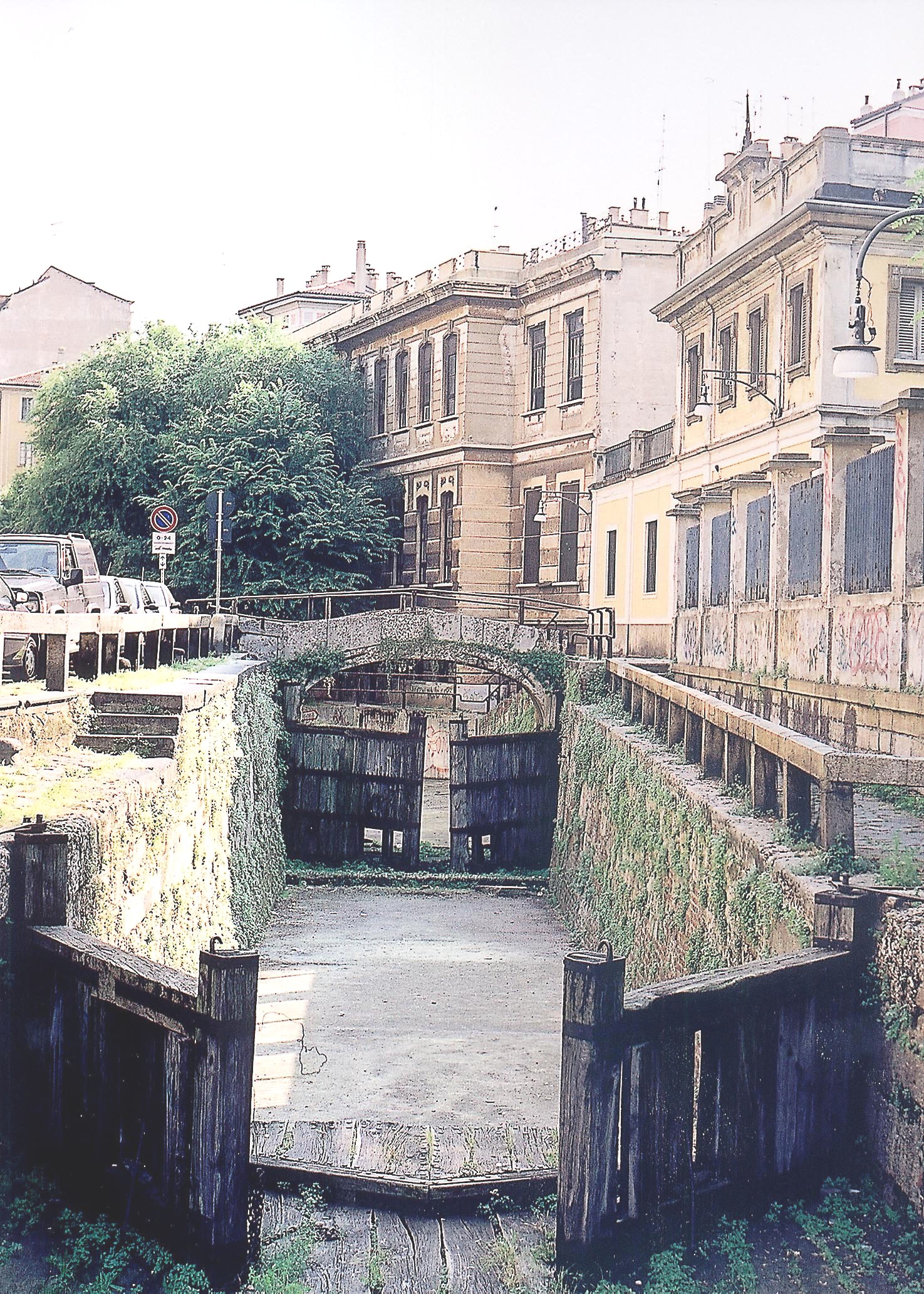 Leonardo’s projects for the so called Conca dell’Incoronata sluice (you can still see the remains and the original doors in the very central Via San Marco) are now part of the famous Codex Atlanticus (Atlantic Codex) (read more in http://www.leonardo-ambrosiana.it/il-codice-atlantico/) .

It is quite sure that from the beginning of the 13th century till the end of the 15th Milan was famous for its great advanced engineering regarding water regimentation and the technology of canals and sluices, and this knowledge was exported all over Europe.
Having learned this much you may be wondering how much water there actually is in Milan!

Well, in a city map dated 1888, in the city center one can count 124 water ways including irrigation ditches, wells, canals, springs, streams and rivers.

But alas, the most unbelievable actual story tells us that, during the last century, they decided to establish a car congested town, secluding the central part of their beloved Navigli under an asphalt cover.

Only the famous painter Carlo Carrà declared himself to be contrary to this landslide majority decision.

So, from 1929 they quickly and completely changed not only the aspect of some roads, but even most of their habits, keeping only a feeble memory of the old times in some street names such as: Via Laghetto (little lake), Via Pontaccio (rotten bridge), Via Ponte Vetero (old bridge), Via Pantano (morass), Via Vettabbia (as it is still called an underground stream from the Latin word vectare meaning to transport).

After 2000 years of life on top of such a wet structure, even fighting wars for their maintenance, could modern times have really erased a deep love for water from the Milanese DNA?

Apparently not at all! Now a slow and inexorable nostalgia is rising up in the Milanese, who are suffering and complaining about the lack of the pleasant waves just in front of their homes.

Here we are again. 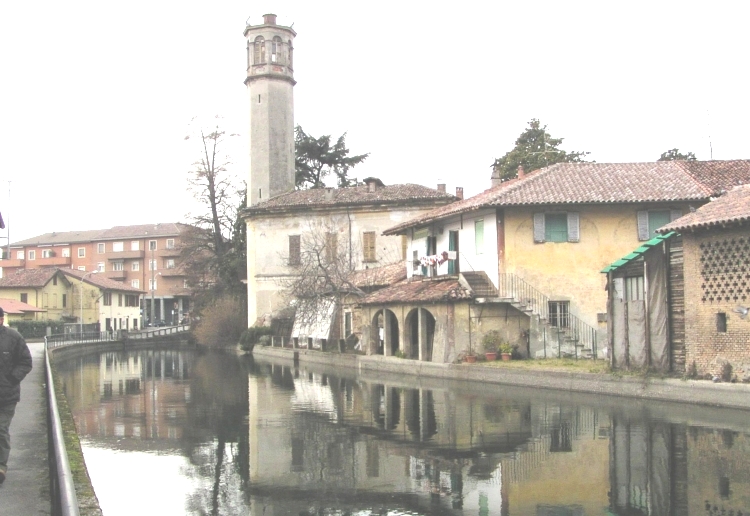 A current project is planning to re-open at least 8 km. of the so called Naviglio Martesana which still flows from the north-east (in the photo) to the south-west of Milan under Via Melchiorre Gioia, Via Pontaccio, Via San Marco, Via Fatebenefratelli, Piazza Cavour, Via Senato, Via Visconti di Modrone, Via Sforza, Via Molino delle Armi, and pops up again where it reaches the Darsena.

In the near future, perhaps these waters will sparkle again under the sunlight, and our people will be able to navigate, as the Romans did, from the Lakes Maggiore and Como to the Adriatic Sea.

Ok, you may say, this is a great project, but who is going to pay for it?

This in fact is an important issue. The estimate for removing just the concrete covering is about 223million Euros, but the final total cost could reach 407million Euros.

Our Regional politicians are not that worried. They hope to raise private resources through some project funding, and obtain subscriptions from important people.

Further income could be provided by using the water flow to produce energy, exploiting the level gap of 108 meters, from Como to Milan, or even more if the system could reach the southern city of Pavia.

Well, from now on, if you want to find out the latest news on this amazing project see the website www.riaprireinavigli.it, where you can find some articles in English.