The State University, Università Statale, is housed in Via Richini, in what is also known as “Ca’ Granda”. This was founded as a hospital in 1456 by 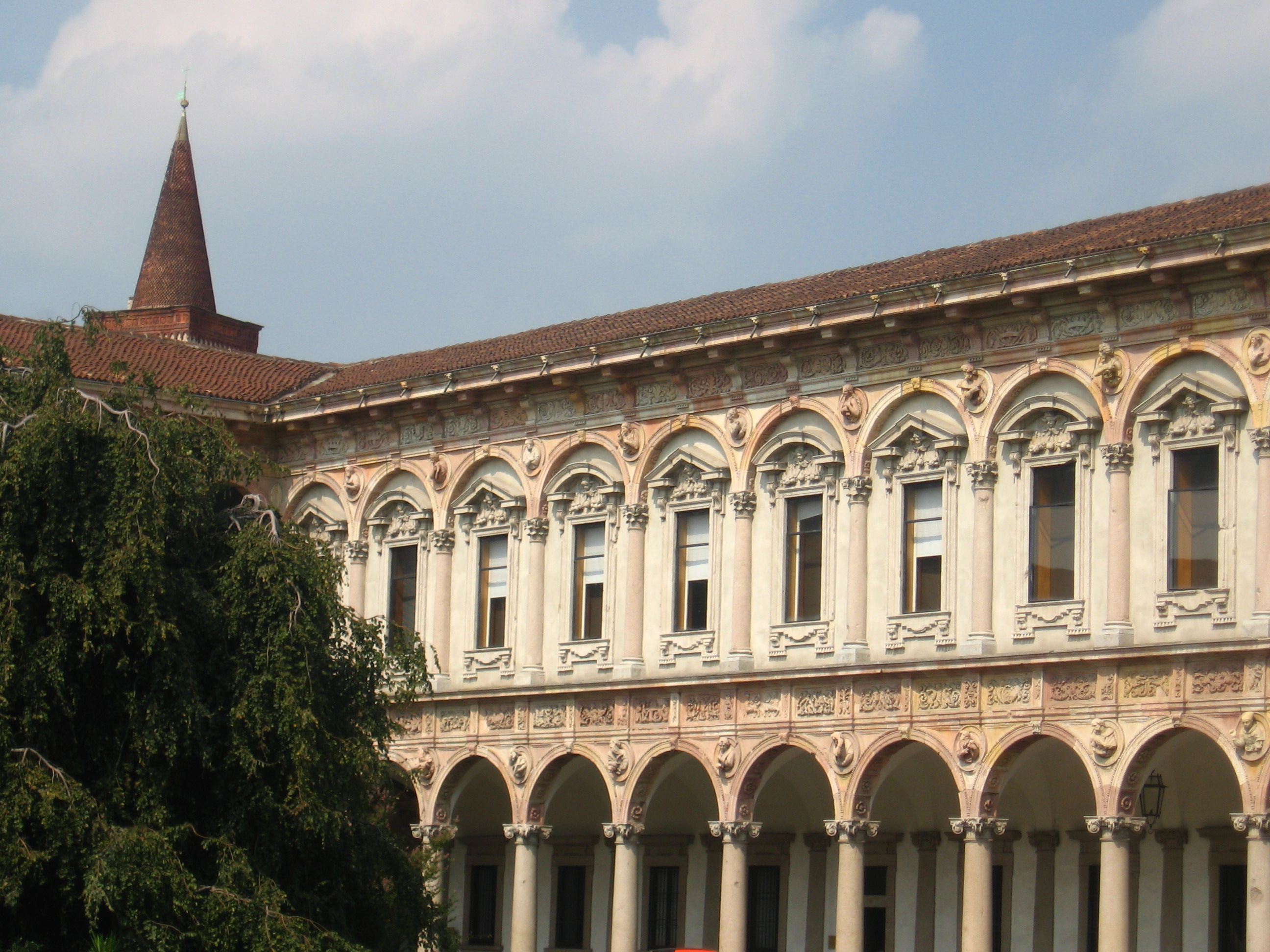 Francesco Sforza, and the earliest part of this enormous complex was designed by Antonio Averulino da Firenze, better known as Filarete. The earliest section is that closest to San Nazaro. The hospital and orphanage began to operate in 1473: it was funded by land outside Milan that had been left to the institution by Francesco Sforza and his wife Bianca Maria Sforza. A special rotating hatch was built at the entrance of the hospital, into which unwanted babies could be placed unseen: these children were cared for by the orphanage and given the surname “Colombo” after the dove (colomba) that was used in the emblem of the institution.

Over the centuries, the building was extended with other cloisters that however continued the style of that by Filarete. Next to the Filarete section is the Carcano section, named after the businessman who financed it: it was built in the early 1600s by Richini; finally the Macchio section was built in 1800 by engineer Pietro Castelli.