Twenty years is a long time, for a person, and perhaps even more for a publication written in a foreign language for foreign people in a foreign country.

Hello Milano first appeared two decades ago and it is still here, both in print and online, providing useful information about the city. Now it’s even read by the Milanese!

As for any anniversary, this provides the chance to look back and see how things have changed.

First of all, Hello Milano has improved a lot, now it has a new logo, a new approach, a better quality and whiter paper, all pages in full colour, with updated info.

And Milan has also changed, mostly for the better: more street lighting, more fountains in the piazzas, and, believe it or not, less traffic.

Twenty years ago, the Castle was a lugubrious dark mass after nightfall, and now it’s spectacular with light streaming down the walls.

In the piazza just in front, it has acquired a circular fountain which has become something of a symbol of the city, having appeared as the backdrop for who knows how many million selfies. 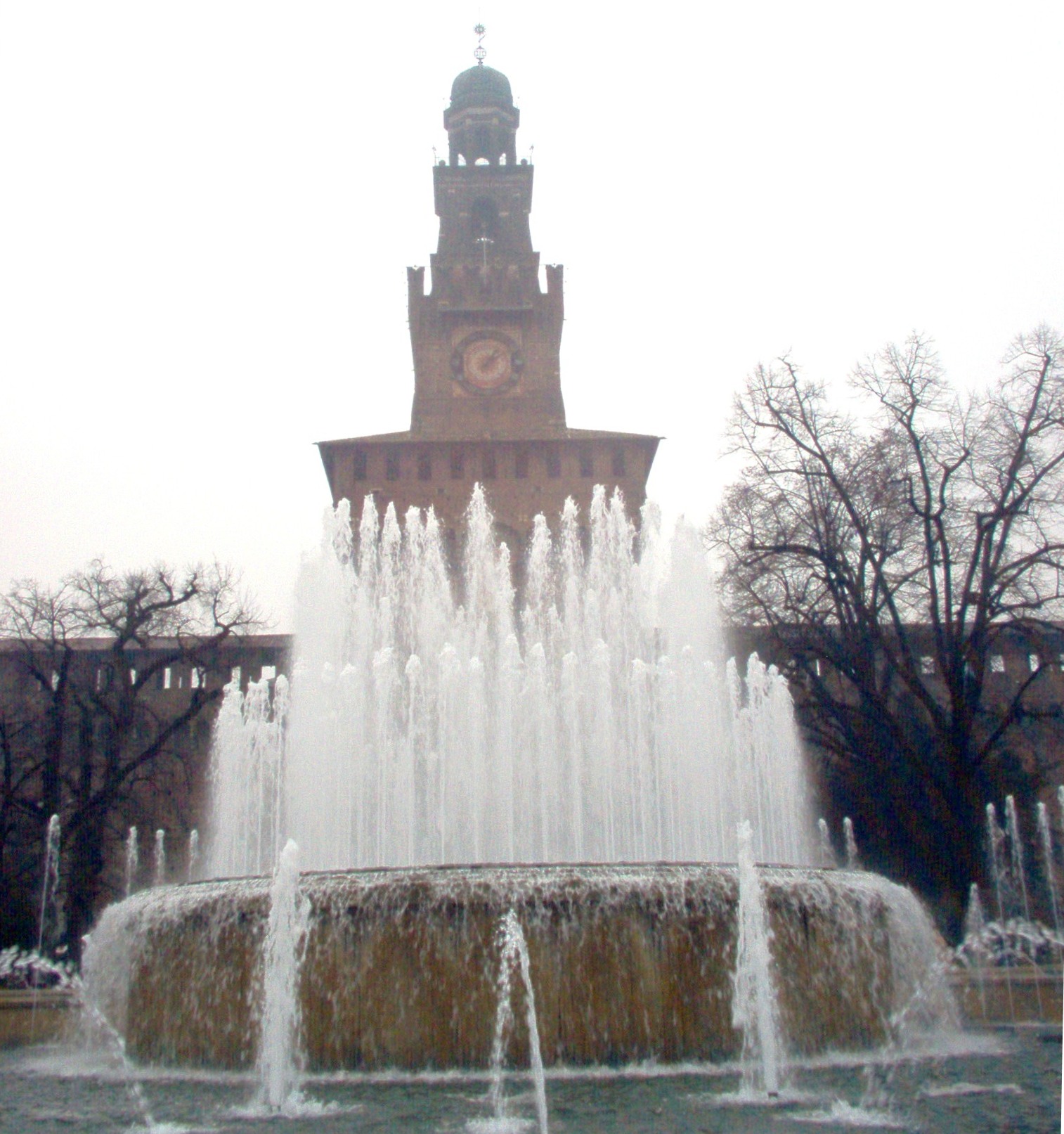 It was originally installed in 1936 on occasion of a visit by Mussolini, hence the bundles of rods – symbol of the Fascist party – that hallmark the central structure. The fountain was removed in 1960 to build the Metro, and disappeared for 40 years, until a slightly righter-wing local government found the bits of marble and decided to put it back. The Milanese call it the “wedding-cake” from its shape.

A more modern symbol takes the form of the needle, thread and knot sewing up the city in Piazza Cadorna, courtesy of the artists Claes Oldenburg and Coosje van Bruggen. It seems so perfect for Milan that it’s difficult to remember what the location was like before.

After decades of mediocre building projects in the suburbs, Milan has at last acquired some tall buildings that aren’t alienating. The Porta Nuova project has transformed the area around Porta Garibaldi railway station with some interesting tall buildings, and most importantly with a master plan by Cesar Pelli that links the new development to existing parts of the city. The result:

Piazza Gae Aulenti is always packed with people, enjoying the scene, having an ice-cream, visiting the nearby Corso Como with its shopping and restaurants, or setting out for a walk in a new area of park. It’s a great example of how good design can change the city for the better, by thinking primarily of the people.

Over the last twenty years, Milan’s status as a trend-setting city has improved significantly. The city has always been an important centre for design, in part due to the furniture-making traditions of the Brianza area just to the north, and for the annual Furniture Show that is now probably the most important event in the world’s design calendar. The Show is a massive trade fair held in the new Rho Fiera district. But the really interesting aspect of Milan’s design calendar is Fuorisalone, which has gradually developed over the years.

Fuorisalone consists of about 500 events running at the same time as the main show, this year from 12 to 17 April, held in a variety of locations all over the city, from garages and disused industrial buildings to penthouses, showrooms and art galleries. Hundreds of thousands of people flock to the city and move from one event to another in a human migration, in search of the most exciting performances and for the next aperitivo.

Aperitivo is another thing that has changed. It used to be a Negroni or a Campari accompanied by a few crisps and olives. Now, it has been renamed Happy Hour, but the term is not used in its original English-language sense. It means that for the first few hours of the evening, you just pay for your drink, and you get snacks free. Very often the food is served buffet-style and so you can enjoy a sort of tapas dinner while soaking up the atmosphere.

Milan’s nightlife scene has developed some new concepts, such as a prohibition-style speakeasy whose address is a secret. You can only get in if you go to another bar and the people like the look of you.

So many other things have changed: La Scala has been restored, likewise La Darsena, which has become another popular metropolitan meeting place.

Public transport is better, with new Metro lines accompanying the trams that thankfully keep on running. Luckily some things have stayed pretty much the same, such as the city centre with its serene 19th century architecture, saffron rice, three cinemas that screen English-language films, the Marchesi café and pasticceria, the Last Supper, and all the other little luxuries that make life more interesting.

After the success of Expo 2015, there are more tourists in Milan, and (nearly always) they arrive better informed.

On the subject of the Last Supper, for twenty years Hello Milano’s mission has been to introduce the city to people arriving here for the first time. It’s always interesting to see the reactions of first-time visitors, who are often starting from a clean slate. On one occasion, when I was working as a personal tour guide for A Friend in Milan, I was talking on the phone to two prospective clients in their hotel room. “And if you like,” I said, “at the end of the Major Monuments tour we could finish with the Last Supper.”