Five villas and a very special forest are ready to enchant visitors with their natural beauty and an exciting calendar of events.Discover the wonders of these ancient villas and the Bosco delle Querce Nature Park, a stone’s throw from Milan, and the events they are hosting.

To enchant, amuse and celebrate the grandeur of their owners. These were the motives for creating the noble residences known as the “villas of delight” (ville di delizia), scattered across the Lombardy countryside, which reached their maximum splendour during the 17th and 18th centuries. The Network of Aristocratic Villas in Lombardy aims to enchant and amuse once again, while telling the story of this extraordinary artistic heritage, a stone’s throw from Milan yet still little-known. Founded in 2010 after a study phase initiated by the Lombardy Region and the Cariplo Foundation, in the past few years the Network has succeeded in bringing together properties of inestimable historical and cultural value, such as Villa Arconati in Bollate, Palazzo Arese Borromeo in Cesano Maderno, Villa Cusani Tittoni Traversi in Desio, Villa Visconti Borromeo Litta in Lainate and Villa Crivelli Pusterla in Limbiate. Thanks to the renewed backing of the Lombardy Region, in 2015 the Network continues to promote the five Ville Gentilizie (Aristocratic Villas), extending also to the Bosco delle Querce Nature Park in Seveso e Meda. With scientific support from the Lombardy Institute of Art History (ISAL) and the invaluable contribution of hundreds of volunteer guides, increasing this year to include volunteer reception activities for the Cultural Heritage of the Italian Touring Club, the Network has been successful in promoting, educating and exhibiting to an ever-growing public these magnificent palaces, great works of art and ancient gardens with astonishing water features. Now it is also possible to hire bicycles along the routes, which have been specially designed to link the historic and natural sites by “soft mobility”.

Visitors wishing to learn more will just need a smartphone to scan the QR codes which punctuate the route.

With increased visitor numbers and a packed calendar of events, particularly during EXPO 2015 – but at other times too – these marvellous places offer an ever-growing public the opportunity to share a dream! 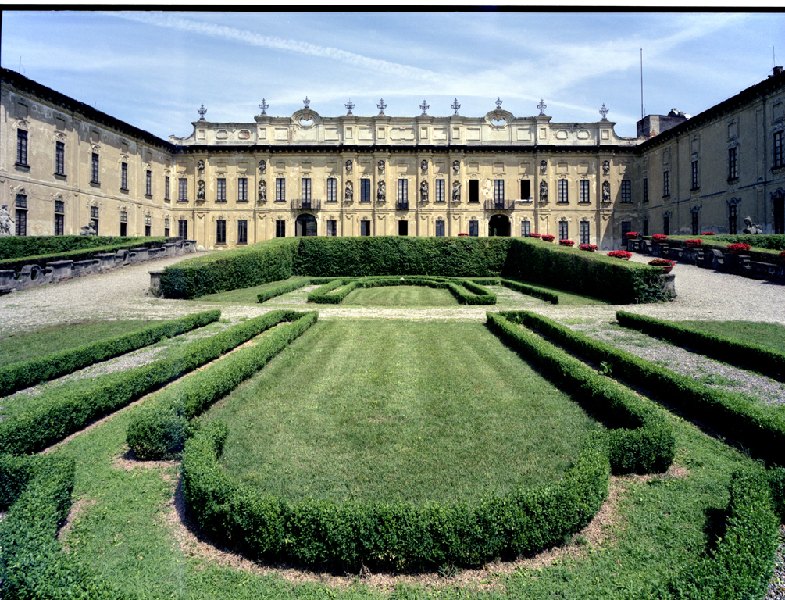 Count Galeazzo Arconati, who began building this villa in 1610, was a great admirer of the genius and talent of Leonardo da Vinci. For this reason he acquired the Atlantic Code, the collection of the Florentine maestro’s study notes, which is today preserved in Milan’s Biblioteca Ambrosiana. On his numerous trips to Rome the count added important paintings and works of art to his collection, such as the Roman statue of Pompey the Great, which can still be seen in the villa. Working from Leonardo’s designs, the Arconati family installed complex water systems in the villa’s gardens, allowing magnificent water features to be created. Subsequent owners of the villa shared a love of art: in the eighteenth century Giuseppe Antonio Arconati, patron to writer Carlo Goldoni, wanted to make the Villa into an Italian Versailles. The noble residents took great pleasure in delighting their guests with juice from the precious lemons grown in the orangery – now restored – where delicious drinks and sorbets were served during the sultry summer days. Today the Villa is the seat of the Fondazione Augusto Rancilio and an extraordinary venue for cultural events, including the famous music festival; and now the doors to its remarkable interiors are open to visitors.
Via Madonna Fametta 1 • Località Castellazzo, Bollate
www.villaarconati.it 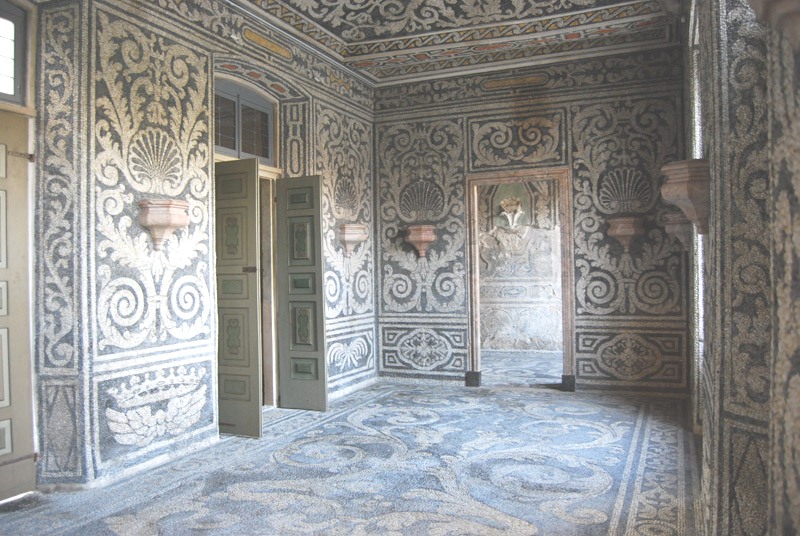 Palazzo Arese Borromeo was built in the 17th century by Bartolomeo Arese III, a key figure in Lombardy politics under Spanish domination and a deeply cultured man. The Palace has retained its original appearance practically intact: the building is linked to the town with a semicircular piazza, and centres on the grand courtyard, overlooked by a covered loggia on the first floor.
The building’s imposing exterior gives no hint of the richness of the rooms within, which were designed to a complex iconographic system established by Count Bartolomeo III. The rooms were adorned with frescoes by the most sought-after Milanese artists: Ercole Procaccini the Younger, Montalto, Giovanni Ghisolfi, Giuseppe Nuvolone, Federico Bianchi, Antonio Busca.
Between the Arese Borromeo Palace and its Garden there is constant dialogue: the typical Italian garden, modelled on the French style, is balanced by tree-lined walks with statues, aedicules and fountains, evoking links to the Classical world.
Via Borromeo 41 • Cesano Maderno
www.comune.cesano-maderno.mb.it 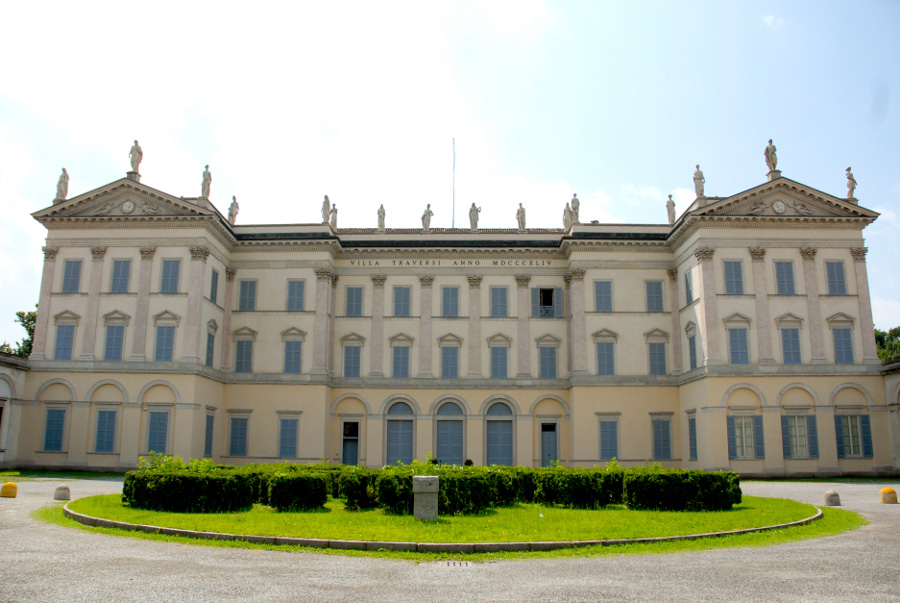 Summer residence of the Cusani family since its construction in the 17th century, this villa owes its present form to the work of Imperial architect Giuseppe Piermarini during the 18th century. The celebrated designer of the Teatro alla Scala and the Royal Villa of Monza brought his unmistakable neoclassical approach to the villa, and also gave its garden an English flavour. The villa was included as one of the must-see sites in 19th century romantic tours: many illustrious travellers have passed this way, including composer Vincenzo Bellini and writer Stendhal, who was so struck by the building that he set his comic operetta “Stranger in Italy” here. Other famous architects, such as Pelagio Palagi in the 19th century and Luca Beltrami in the 20th, also added to the building, which later came into the ownership of President of the Senate Tommaso Tittoni. The villa became a venue for diplomatic meetings, hosting delegations from around the world, including Russia and Abyssinia, and visits from King Victor Emmanuel.
Via Giovanni Maria Lampugnani 66 • Desio
www.parcodelleculture.it 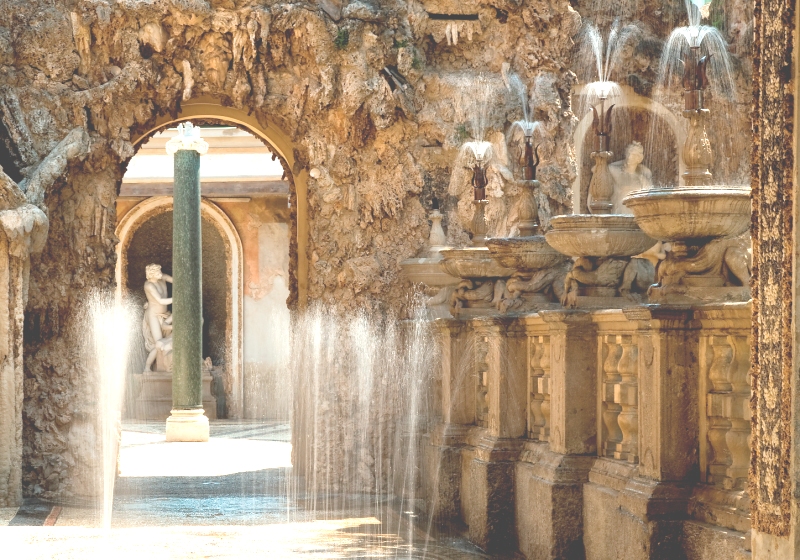 This Medici-inspired monumental complex was built in 1585 by Pirro I Visconti Borromeo, who transformed a farmhouse into an enchanting “villa of delight”, employing great artists from the Fabbrica del Duomo di Milano association. In the 18th century the property passed to the Counts of Litta, attracting well-known individuals such as Johann Christian Bach, son of the great composer Johann Sebastian, who was engaged by Count Agostino Litta to lead the family’s private orchestra and provide its scions with a musical education; the splendid Music Room, recently restored, is still the scene of concerts to audiences of distinguished connoisseurs. The aristocracy also sought pleasure in the Villa’s beautiful gardens, embellished by the magnificent Nymphaeum, with its complicated and inventive water games to fascinate illustrious visitors. Stendhal later wrote: “The garden is full of fountains specially designed to soak the visitor. When I set foot on the first step of a certain staircase, six water jets sprayed me between the legs.”
Largo Vittorio Veneto 12 • Lainate
www.villalittalainate.it 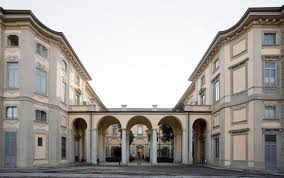 A real Sforza intrigue lingers around Villa Crivelli Pusterla. The story goes that in the 15th century Margherita Visconti, besieged by the indiscreet attentions of her cousin Luchino, managed to ward off his unwelcome advances with the help of Francesco Pusterla, who paid for this affront with his life. This tale of Milanese political intrigue under the Viscontis was re-told in 1838 by writer Cesare Cantù, who chose Villa Pusterla as the setting for his historical novel. The Villa, with its splendid Italian garden, pleased Napoleon so much that he not only moved his court here, but also arranged the weddings of his two sisters, Elisa and Pauline, in the adjacent Oratory of St Francis. Villa Pusterla was subsequently abandoned, and in 1863 became one of Europe’s most important psychiatric hospitals. Today it is home to the “Luigi Castiglioni” Agricultural College, whose students carefully maintain the ancient plants in the villa’s grounds.
Via Montegrappa 40 • Località Mombello, Limbiate
www.lombardiabeniculturali.it/architetture/schede/MI100-03846 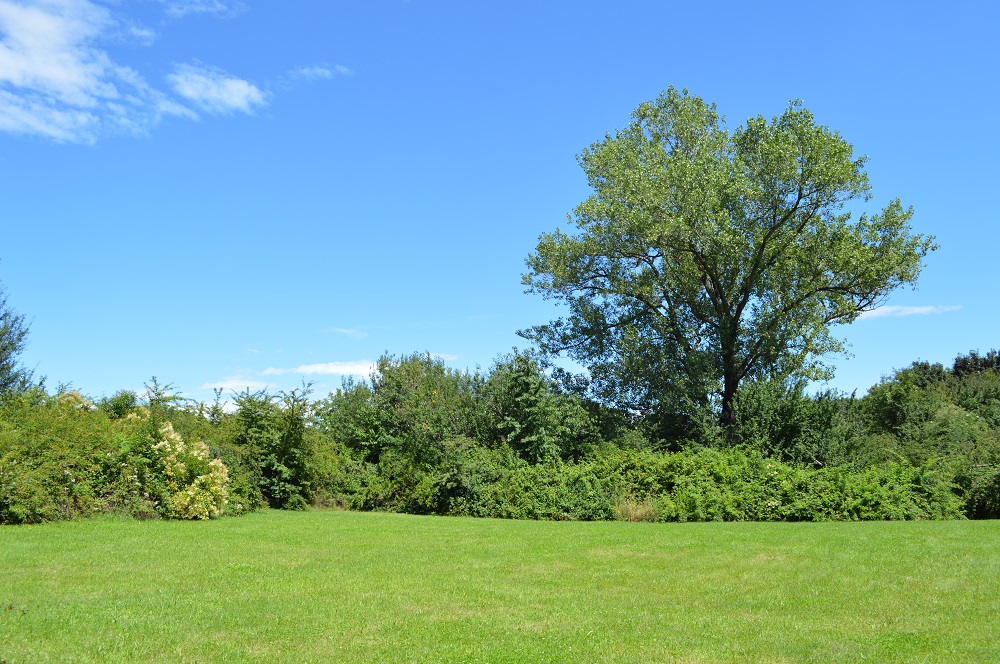 The Bosco delle Querce (Oak Forest) covers an area of 43 hectares, 35 in the Comune of Seveso and 8 in Meda. The forest was created in the area most severely contaminated (Zone A) by the toxic cloud which was released on 19th July 1976 from the ICMESA factory in Meda and which contained, among other toxic substances, dioxins. The environmental and forestry project began in 1984 and concluded in 1986. Following the incident in July 1976, the whole of the area affected by the poisonous cloud was decontaminated in a vast cleanup operation. In 1984, when the decontamination was complete, a single plant was left alive: a great poplar tree, which became a symbol of the resistance of life in spite of everything, and the desire to start again. In 2006 the Bosco delle Querce became a Regional Nature Park. Today this is a public place, open to all communities, which has a story to tell… “in continual and ceaseless dialogue between past and present”. And which looks to the future.
Via Ada Negri1 • Seveso
www.boscodellequerce.it

Art and nature BIKE TOUR
This year, it’s easier to visit the Network of Aristocratic Villas and the Bosco delle Querce, even by bike! Thanks to the VELOEXPO project, visitors in search of an adventure in history, culture and nature a stone’s throw from EXPO 2015 can use three Velo Points for bicycle hire, located at the Nord Milano – Bollate Nord railway station, at Palazzo Arese Borromeo in Cesano Maderno and in Via Isonzo next to the Villoresi Canal at Villa Litta in Lainate. An assistance service is also available, in case of breakdowns or accidents.